Tehreek -e-Taliban Pakistan (TTP) spokesperson Muhammad Khorasani sent a press release on Thursday to a list of journalists informing them of the targeted drone killing of senior militant commander Khawrey Mehsud who had been a close aide to former TTP Emir Hakimullah Mehsud.

Hakimullah was killed in a drone strike back in November 2013 which Pakistan Interior Minister Chaudhry Nisar Ali Khan claimed to US was “the death of all peace efforts”. BBC reported him as saying that as the United States was “scuttling” efforts to begin peace talks, “every aspect” of Pakistan’s co-operation with Washington would be reviewed. Despite complaints to the US to cease drone strikes the Pakistan government is either incompetent or unwilling to take action to stop drone attacks which have killed many civilians as well as militants.

Khawrey Mehsud died alongside two other militants in the border region of Khurram Agency near to the Afghanistan-Pakistan border on March 18th. He was also known to have had close ties to Baitullah Mehsud one of the founders of TTP who was another militant leader eliminated in a US drone strike in 2009. Khorasani described Khawrey who hailed from South Waziristan as having been given great combat skills by Allah and a bodyguard that was “intelligent, capable and brave”. The commander had fought in Afghanistan’s Paktika, Kunar and Khost regions and was involved in the TTP war in Bajaur, Mohmand, Khyber, Darra Adam Khel, Orakzai, Kurram and Waziristan.

Below are a video and photos released of those killed, 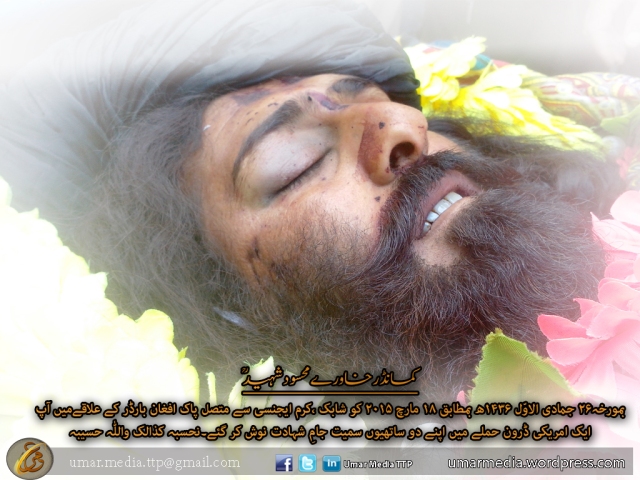 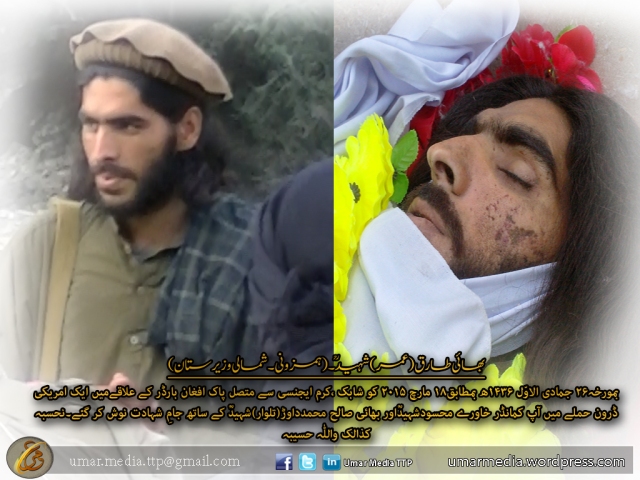 Carol AnneGrayson is an independent writer/researcher on global health/human rights and is Executive Producer of the Oscar nominated, Incident in New Baghdad . She is a Registered Mental Nurse with a Masters in Gender Culture and Development. Carol was awarded the ESRC, Michael Young Prize for Research 2009, and the COTT ‘Action = Life’ Human Rights Award’ for “upholding truth and justice”. She is also a survivor of US “collateral damage”.